The beautiful soundscape album for ChaoticArtCircus: “Chaos Is Your Destiny” Kelli Wise composer. Integral to the live events. GoTo AllMusic.com 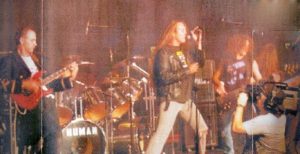 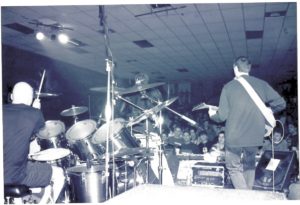 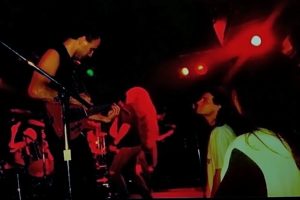 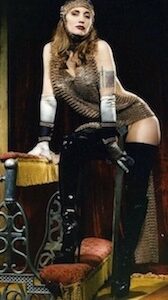 Bedrock was a 3piece metal funk band. Our show ‘Intro’ was me screaming something, drummer starts 16th note drum roll as I run down the 3 tiers, jump to the last tier, slam the downbeat of the tune, and we’re ‘in’.

Mike is 50 feet away stage left.

Right at the very moment I start running down the tier…out of nowhere, this dude starts running right beside me…I leap to the last tier, the dude swan dives into the crowd, we hit the downbeat with a vengeance…Raaaaaawk…security team flies to the middle of the crowd and starts beating dude’s ass. The crowd erupts, the metal riffing up their asses, everyone jumps on the security team, massive mosh pit…and we’re only 10 seconds in….never let up the entire 30 minute opening set….so much fun.